Started watching SeaQuest DSV. Haven't seen this for many years, but remember the first season was it's best.

It was shot on film so visually it's fairing better than other shows from the 90's - 00's that haven't received a 1080p release - 480p shows like The Outer Limits, Earth: Final Conflict, and Space: Above and Beyond are looking pretty tragic in comparison!

Like Babylon 5 the VFX/CGI was done on Amiga computers! Rendering times must've been crazy. #scifi #sciencefiction 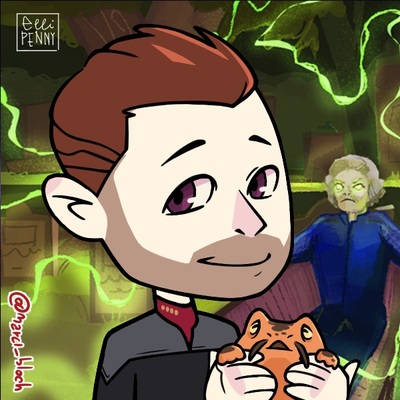 @ChrisKing DID SOMEONE SAY #seaQuest

@JonfuciusOnline I tip my hat to you. 👍 😄 Is it just me or does the Sea Quest bluray CGI fare better than the B5 HD CGI?

@ChrisKing For sure, at least in my view. Some of it could be chalked up to most of SQ’s CGI being underwater and of relatively simple shapes, at least in the first season. B5’s problem is that while the live action was filmed on 35mm in 16:9 (but blocked for 4:3 TVs), the CGI was done in 4:3. So when B5 was released on DVD in the early 2000s, the live action was presented in 16:9 and the CGI blown up to match.

@ChrisKing The iTunes and HBO Max versions are back to 4:3, but remastered, so the CGI now looks better than it has since airing. But I do think SQ’s underwater CGI has held up better in certain aspects - however, the giant crocodile and mechs from season 2 still look like garbage.

@JonfuciusOnline The 16:9 B5 DVD's were hideous. The original mesh files were found a few years ago buy someone who posted 4K re-renders on YouTube; JMS reached out him, not that I'd hope Warner's do anything for the 30th anniversary. The live action footage in the new B5's are downscaled from 4K masters - FX had to be upscaled to HD. I read on a DSV page recently that Sea Quest models were rendered in higher definition and then cropped for pans/movement - at least that's how I understood it.

@ChrisKing I saw that B5 development as well, I was hoping that meant something was happening, like a TNG-level remastering. That’s interesting about the SQ CGI, I didn’t realize the VFX crew had rendered them in HD.

@JonfuciusOnline Found it! Seems like the HD model was broken down: "Making something as detailed as the seaQuest took a lot of points, so the high-res version of it had to be broken into pieces: you’d only load what the camera would see."