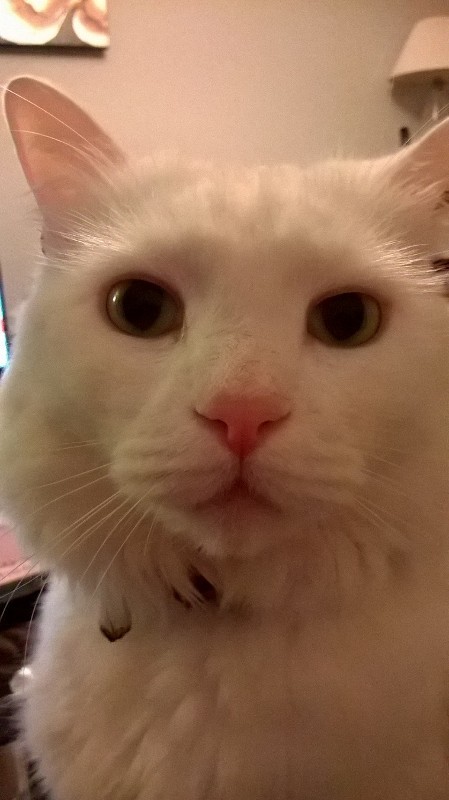 I have great respect for old people, especially now that I'm rapidly becoming one.

it is a show that is a product of its time so yknow, 70s morals shine through, but honestly i still really love columbo

here's some reasons why you may also enjoy it

a fun inversion of the mystery formula. you see the crime at the start and you know exactly who did it and how. the excitement is not "whodunnit", but "howcatch'em".
columbo is extremely working class, and is openly not the coolest and greatest guy. he is eccentric, and an absolute mess in many respects.
and this is how he catches nearly every murderer. he gets them to write him off as a stupid bumbling fool who's too low-class to understand their cleverness. and then oh shit! he's understood all along!!!
the murderers are often very rich and lofty to boot, so there's the delightful dynamic of class and wealth being brought into that too. columbo is an underdog who judo-throws people above his station into taking the consequences for crimes they thought their privilege would insulate them from. this is great. this is honestly one of my favourite tropes!!
it means the little morality play that crime shows end up being are turned on their head as well. often it rankles the senses because the usual narrative is "the detective is an agent of social order and punishes those who did wrong, which can often line up with an axis of oppression". columbo is stories going the other way. it is the detective not as agent of oppression of society, but detective as agent of true justice where somebody can't buy their way out of a problem due to their massive privilege.
columbo isn't a jackass. i just like this a lot. so often you have the quirky detective being a jackass, you know? columbo is not. he's outwardly friendly. and when the murderer is sympathetic, he sympathizes with them! heck, some of the stories even end with the murderers happy about being caught because what they wanted the most is somebody to sympathize with them, and columbo does that. he's never cruel to people he's questioning, and is happy to listen to all witnesses equally, even (especially!) those witnesses that come from marginalized groups, too. and a lot of the time, the thing that makes the privilege murderer snap? IS this kindness!!!
the guest stars are just an absolute all-star parade of celebs of the day that you still probably know and that will still blow your mind that they show up there. every episode - really more like a tv movie - has a guest star and there are really big names in there! Leonard Nimoy for example! you want to see Leslie Nielsen being deadly serious instead of in the comedy roles you might know him from? columbo's got you! you want to have your mind slightly blown because Dick van Dyke is here playing someone who is a genuinely cruel person and a bit of a monster and wait you knew him until now as the funny chimneysweep in Merry Poppins and the fun guy in Chitty Chitty Bang Bang? columbo's got you!!! you get to see actors you probably know in wildly different roles, really loving playing that different role and flexing their acting muscles! and i think that's pretty neat
he's got a pretty cute dog too (i just enjoy how utterly gormless said dog appears in this screenshot)

The song for today is,
La canción de hoy es:

Here and Now, "This Time"

@NesYouyou
These are the partial lyrics to "urban guerrilla" by Hawkwind:

Looking at your art you might be interested in some of the art work connected to the bad. The Sci Fi writer Michael Moorcock worked with them for some time, not sure about graphic artist but they had amazing live light shows.

So let's not talk of love and flowers
And things that don't explode
We've used up all of our magic powers
Trying to do it in the road
I'm a political bandit
And you don't understand it
You took my dream and canned it
It is not the way I planned it
I'm society's destructor
I'm a petrol bomb constructor
I'm a cosmic light conductor
I'm the people's debt collector
So watch out Mr. Business Man
Your empire's about to blow
I think you'd better listen, man
In case you did not know

The song for today is,
La canción de hoy es:

And the song for today is Otway and Barrett's "Really Free"...

Team leader: we're going to split you into breakout rooms...
Me, a social anxiety cat overwhelmed by death and destruction:

@DaveJ13
Be Bop Deluxe "Panic in the World"

Weird stuff.
So I listen to some Deep Purple & a track comes in my mind, sure it's Be-Bop Deluxe but can't remember. Later go onto YT & 1st video offered is Axe Victim then I have another song in mind & up pop Hocus Pocus by Focus - YT mind reading. Glad no liberty caps were involved. To confound "the algorithm" I searched "The Faust Tapes" so there!

Deep Purple
The Book Of Taliesyn
Listen, Learn, Read On

Thank you Mr. Kellogg's for reminding me off the Belgium punk:
https://www.plasticbertrand.com/

Don't know anything about "sad planks for monks" though, perhaps someone could explain.

Does anyone remember #riverdance for #rwanda YT just crushed me with above then followed up with Harry's Game #clannad
https://youtu.be/2KpNzalFKPo

Now get me some Bushmills, uisce beatha, #Sláinte

(Anyone else nearly fail their degree coz of it ☹️).