@buzhangjiuzhou@mastodon.online I think China and Germany have to switch places

@buzhangjiuzhou@mastodon.online sounds very much like Germany
Though Germany likes to do not even that but deny entire that there would be a problem

@buzhangjiuzhou@mastodon.online oh yeah we had a situation like that too though where one of our political parties sued a person that pointed out they have a database with sensitive informations just openly floating around on the internet

Oh and the typical German mentality is to react to disturbing racist stuff worldwide with "see? black people don't get shot by the police openly on the streets so we don't have a racism problem!", entirely ignoring everyday racism against ALL poc and even general discrimination against everyone that is not German enough in the housing market, healthcare, job market, police controls and police treatment, ...

Or how our country just doesn't invest the money necessary so that schools get air conditioning, which is not only necessary for a pandemic, but, like, GENERALLY good to have, lol, but no, just wait it out, why should schools have air conditioning after the pandemic too? So just don't get that for them in the first place
(also, not every classroom has curtains either for example)

Or just have sexist laws and keep them existing because... Uhh... I don't fucking know. Informing about abortions is "advertisement" and illegal, if someone kills his ex partner (83% of cases that's women getting killed, statistically every 3 days), it DOESN'T COUNT AS MURDER cause the fact that the woman left their partner is apparently a reason to lower the punishment???????????????

Urgh I could go on and on

But Germany definitely also doesn't acknowledge the pandemic enough in general and is more concerned about wanting to please the irrational people that deny the existence of the pandemic altogether than actually doing something. Sure there are rules that you have to wear a mask in public transport or supermarkets but basically NOBODY EVEN BOTHERS TO CARE when an idiot doesn't wear that mask over their nose or something, it's so fucking disgusting

@buzhangjiuzhou@mastodon.online tl;dr: Germany should have only "problem" and someone screaming "the solution costs too much, let's try a cheaper alternative!" without any arrow to a solution but instead an arrow to more problems

@sugarbell Even this seems better than us, there were people speaking loudly the problems, but now they are all restricted and become unknown to the public.

Not to mention the discussion of solutions, in the public field, we are the perfect country, the ccp is a perfect party, the Chinese us the perfect people, no one want to hear shortcomings and as a result, there is no space to discuss the problem, and no solutions as well.

@sugarbell Same problems happened in China.... The women is suffered here as well. And the government didn't work on protect their human rights, but to prevent them from divorcing! FUCK CCP!

@sugarbell The siruation is worse in China as we are not democracy.....sad.......The government can arrest someone with no reasons for the public....so we people have to limit our behaviors not to incur it, which is called iron fist as it is so unresistable...

@sugarbell And the same as China....Maybe there's more similarity between governments than differences...

@sugarbell In the views of mine before read your post, you are like a man who complains about the bad situation of your house, while we the chinese people being homeless. Also I know democracy can not solve problems, but it gives space to discuss it, to make people together trying to solve it. However, there're people trying to help the workers under poor situations, but was arresrted, look here: https://en.wikipedia.org/wiki/Jasic_incident

@sugarbell And there's a man who trying to organize a strike to improve those food delivery rider, and arrested as well, we don't know what his situation now...pray for him...

Sorry for i can't get an English source here, you can translate it with google.

@buzhangjiuzhou@mastodon.online I'm not a man

okay I understand that China is scary, but still, Germany will never have an arrow from problem to solution and it's not worthwile living here, only if you're coming from a place where people disappear scarily I guess

@sugarbell Sorry for my wrong words. And yes, i do know democracy will not help too much in solving problems, but anyway it's better than China...and i've considered immigranting to Germany, haha, because it us easier than some other countries. But it is still difficult and I an kind of lazy so I put it aside now, hahaha~

@buzhangjiuzhou@mastodon.online I am not blaming it on democracy, I am more like blaming it on corruption?
All the problems I listed are because one of the main political parties we had for 16 years as a reigning party is a corrupt piece of shit

Also, if you're lazy regarding bureaucracy, you shouldn't go to Germany. Germany is the country where you loose your entire existence easily if you're too lazy or even anxious about a kafkaesque pile of bureaucracy that is impossible to understand...

There are much better alternatives to Germany, even though it's probably not perfect anywhere. Germany is only worsening and worsening. Someone lately posted a statistic that the german speaking countries have the highest percentage of anti-vaxxers worldwide?
It's a recurring event that ANOTHER policist got caught posting (or at least reading) right-wing extremist fascist stuff in right-wing extremist fascist chat groups?

@sugarbell Thanks, it will be useful when one day I cannot tolerence our government anymore...and it'not your fault with privilege, but to support it. As male han chinese, I do have some privileges here, and I also have been guilty for it util I realise it's not up to me, I didn't support it.

@sugarbell My English is not so good, and in Chinese the 'man' here is not specific for gender, but in English it is't so i usually use it for convinence, without gender specific and preassumed.

@buzhangjiuzhou@mastodon.online ah okay, I understand that explanation! Thank you for clarification ​

@sugarbell And I post the image mainly to ctritize China with little concern about other countries, thanks for letting me know that's not precise~

@buzhangjiuzhou@mastodon.online I see it a lot on the internet how even specific parts in Germany get glorified like the health system for example and as someone suffering from the health system it's just really confusing ​

Like, I guess if it's EVEN WORSE elsewhere I can understand why you would want to glorify Germany, but it's not realistic ​ 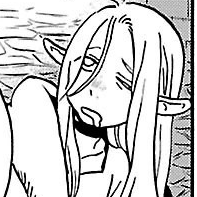 @SleebyElf In my understanding, the Japanese will hold a conference, and after the conference the problem will not be solved...

@SleebyElf I prefer the first path, which is the German path. But it often comes to 7th, the Spanish one...

problem -> (discussion, everyone knows at least one perfact solution) -> (most sensible solution is scrapped, basic solution works for noone, but a multitude of small extras is added for every possible requirement)