Just a tourist on Mastodon

Working on my project with ncurses. Hopefully I can implemented it b4 submission.

I made it! I've installed a gentoo vm in my linux machine! I finally have the chance to enjoy this meme

And he said that I'm anti-Chinese. I learned my Chinese in Malaysia education system, fall in love with Chinese literature and history without his guide and support. Somehow I'm anti-Chinese just because I can think and read critically. Then I know that nationalism is just a fancy term for capitalism. Everything that go against their will is their enemies. In the name of socialism and the blood of my fellow comrade splashed, I'll defend every suppressed human and die as a socialist.

As a socialist and Marxist believer, I strongly against all kind of tyranny even in the name of Karl Marx. Therefore, when CCP do something wrong, I'll critically analyse their actions. Howbeit, this is somehow goes against my father thought. He said I'll never truly defend my right as a Malaysian Chinese because we are minority. I said we shouldn't give up our right as a Malaysian Chinese and instead fully utilize our freedom to express our will. He didn't get it somehow.

Maybe I should die for others good... I'm really disappointed on myself

We must preserve our culture and language, no matter what the cost it might be! 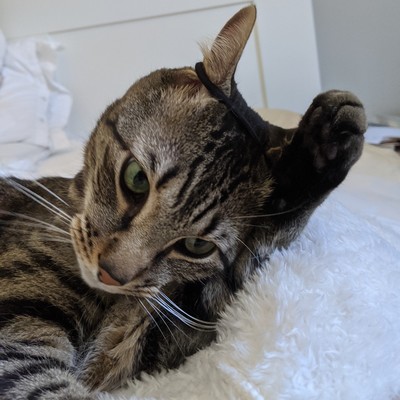 Daily Bucket List Location #12... Samarkand, Uzbekistan. Fascinating ancient city on the Silk Road. Home of many mosques and the Gur-e-Amir, the massive tomb of Timur the Lame (aka Tamerlane), founder of the Timurid Empire. It was conquered by the Persians, the Hephtalites, Turks, and the Tang dynasty among many.

Finally have some free time to read my rss feed!

#Tusky 12 has been released!
We added the possibility to move the main navigation to the bottom, follow more than one hashtag at once, squashed a lot of bugs and improved translations - Tusky is now also translated into Irish, Hindi, Vietnamese and Thai!

I think it is the time to finally migrate from Firefox to Chromium. Total disappointment.

Mathematic syntax and Common Lisp syntax are so alike!

An exercise on pointers let me realise how dumb I'm.

Just a tourist on Mastodon