I wanted to take a minute to explain QOTOs Remote timeline feature, specifically the new aspect we just released on the advanced interface: Domain Favourites.

This feature allows you to pull up a column which is identical to the local timeline of a remote instance, thus addressing the need for users to have multiple accounts across multiple instances. You can be here on QOTO and see the remote timeline as a separate feed just as if you were on the remote instance itself! For example attached to this post is what the Koyu.space remote timeline looks like from QOTO.org.

Note: This feature can not and does not bypass security permissions. If a user has blocked you you wont see that users posts in the remote timeline either.

One way to do this is with the QOTO lists feature. Here you can create lists that are either collections of people you wish to follow in their own timeline, or a list of domains where you wish to follow the remote local timeline of the whole domain. Create the lists you want then open your lists and switch between them to view the various timelines you define.

You can also go into your settings and under preferences there is a subsection called “Favourite domains”, you can add domains there as well. If you do this the domain will show up on the main navigation bar and you can select it with fewer clicks than through the list menu. There is also a Favourite Tags section in preferences that works much the same way.

You can also pull up the remote local timeline of an instance from a posted status itself. Simply click the three dots on a post from any user from the desired domain and one of the options will be to open the remote timeline for that domain.

That is all there is to it, enjoy! 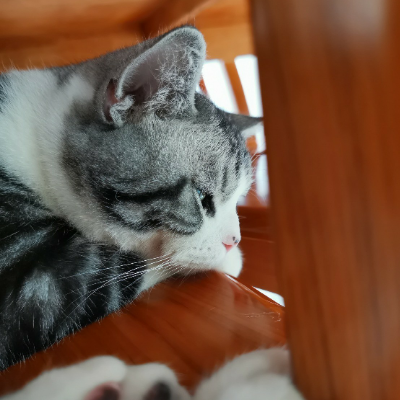 @freemo
I want to get away from my instance

@mur2501 Well you are always more than welcome here. Luckily you dont **have** to use the remote timeline feature :)

@mur2501 All your posts yes, though not lost they would be at your old account. But you can keep your follower count (not just the people you follow but hose who follow you), as well as your block list and other stuff. So you really wont lose much, its your followers that is most important.

@mur2501 To each their own.. But Id say no one is looking back at posts you made from more than a month ago typically.They are preserved though none the less.

@mur2501 You still can if they are on a remote account. Like I said they dont get deleted :) but yea no worries, I understand your reluctance.

@mur2501 Sure, it wont lock you out of your account entirely. It will just move your followers to the new account any anyone going to your old account will be told that you have moved and where to find you.

@freemo
That's good I shall shift my account then. What's the char limit on your instance?

@freemo
Wait your instance is pleroma?

@mur2501 No we are a fork of mastodon with significant features/code changes added on top.

Wait you have cat emojis na?

@mur2501 We do, and I will happily add any emojis you find we dont have.

@mur2501 Check out https://qoto.org/about/more for a list of all the extra features we offer as well as other federated services we offer.