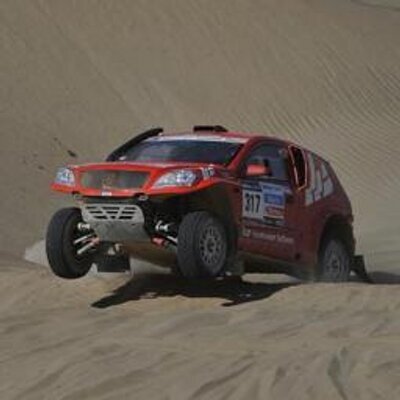 Peterhansel started the stage from second place and was the fastest driver in the early stages. Later in the day, he took over as the first car on the route, which made navigation more difficult and slowed him down a little. His rivals benefitted from the Frenchman’s tracks and caught up. Peterhansel ended the stage in second place and consequently climbed into the overall lead.