May 12 is observed as International Nurses’ Day across the world to honor the services of nurses.
It is the birth anniversary of Florence Nightingale, the English social reformer, statistician and founder of modern nursing.
She was also known as Lady with the Lamp.
She was the founder of modern nursing and was a British social reformer and statistician.
https://a1le.xyz/NurseDay

Mexican writer, poet, psychologist and broadcaster Emma Godoy, who was born on this day in 1918 and used her voice to defend the rights and dignity of the elderly.
Much of Godoy’s life was spent balancing teaching, writing novels, poetry, art criticism and philosophical essays. Her novel, Érase un hombre Pentafácico, was given the Ibero-American Novel Award sponsored by The William Faulkner Foundation in 1962.
https://www.facebook.com/LaPazBajaSurMexico/posts/10160809030083539

Mexico’s President Andres Manuel Lopez Obrador, known as AMLO, has never had much time or aptitude for democratic niceties and institutional checks and balances. Yet as he enters the second half of his six-year presidential term, he is moving from bending to breaking political norms and even laws, putting Mexico’s democracy in peril.
https://www.cfr.org/article/mexicos-democracy-crumbling-under-amlo

We guess to #AMLO that is tolerable!!
It's "just" 0.1% of all murdered in Mexico during that period.
His remarks: "Regrettably, about 5,000 Mexicans have been murdered in the first two and a half months of this year – five were journalists."
https://www.facebook.com/LaPazBajaSurMexico/posts/10160791765593539

At first glance it looks a bit as if this bull is standing in the middle of a nebula, but in fact it is one of the many bull figures made in honor of "San Juan de Dios" in Tultepec, Mexico. The sculptures contain firecrackers that are set off as part of the celebrations.

The curve is looking a little better. We choose 1 month period.
However, you can do self go here >>>> https://datos.covid-19.conacyt.mx/
Click the "Semáforo Epidemiológico" pop-up away after it was loading,
scroll down a bit and click on BCS on that map,
click again on La Paz area (or wherever is your interest),
scroll down to curve graphic, there is a slider below the graphic you can move to determine the time from you wish to see.
There is only one thing that is important right now:
Get vaccinated!

In the last 48 hours, 2,354 new cases of Covid-19 infections have been reported in BCS of which 62.1% are located in La Paz.
Keep your guards up!!
Use at a minimum at least the basics to protect you and your family.
Get vaccinated!!
Get booster-ed
https://lapazbcs.xyz/infectrise!

Fresh, windy and the bay all choppy this morning around 10:00hr.
Make sure to join our La Paz BCS channel here >>>>
https://telegram.me/s/lapazbcs

Harry’s Bar in Paris is celebrating the 100th birthday of the Bloody Mary, the vodka-tomato juice cocktail believed to have been invented in the iconic watering hole in 1921.
According to Harry’s Bar history, bartender Fernand Petiot invented the drink and the recipe was first published in a book called “Harry’s ABC of Cocktails” in 1921.
The technique for making the drink, ingredient by ingredient: Salt and pepper, Tabasco sauce, Worcestershire sauce, lemon juice, and vodka, tomato juice.

Editors opinion: No matter how much they praise the safety of their sanitation protocols - people seem to get sloppy with just the basics.
Do the people not look to Europe?
We could learn from that.
After all: wave 1 to 3 came just as predicted, why should be the 4th different?
Our vaccination drive? Look at the numbers over there! We are about 20 points lower....
Maybe with a little #Omicron as icing on top of it?
Look at the curves, not very convincing!
https://datos.covid-19.conacyt.mx/ 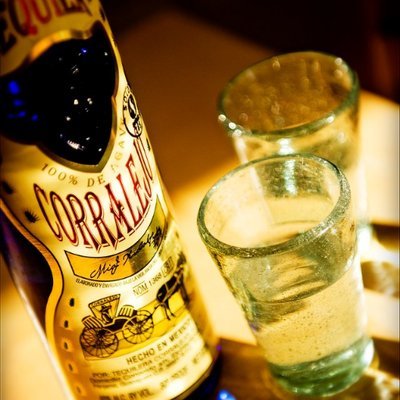 Once the heart gets too heavy with pain, people don’t cry..
They just turn silent.

People say that since the holiday is meant for the deceased, there is no proper greeting to speak to the living.
We leave it just like that.
“Death is not the opposite of life, but a part of it.” ~Haruki Murakami

Mexican sweet shops and artisans whose sales have suffered since the onset of the pandemic are now making iconic sugar skulls and creating traditional and modern handicrafts from a variety of materials in preparation for the Day of the Dead, a holiday they hope will give a much-needed boost to their businesses.
https://a1le.xyz/calaveritas

Aramburo SuperMercados claims after hurricane "Nora" 0 for the hurricanes (as of getting the vaquita of the roof/stand while the cow ride out 30 storms.
Well with a little humor - isn't that the vaquita leaving the roof before landfall of storm.....
Have a smile and a great Friday.

Updated August 14, 2021 The municipality of La Paz has moved to level "four and a half" with modifications to the current Level 5 status of much of Baja California Sur.
Beaches will have increased occupancy to 40%,
Alcohol sales will be permitted until 10PM

Showers and thunderstorms association with an area of low pressure
located a couple of hundred miles south-southwest of the southern
tip of the Baja California peninsula continue to show signs of organization.
Recent satellite wind data indicate that the circulation has become better defined since early today.

We are back to level 5!!
The municipality falls back to level 5 (critical), which means that recreational and socio-cultural activities are suspended, as well as the maximum capacity is 30%.
https://www.facebook.com/LaPazBajaSurMexico/posts/10160322723148539